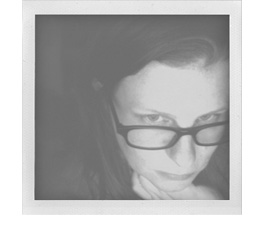 Katsola® is the name I gave myself in 2000, inspired by a tribute retablo of the anima sola I created for Lawndale’s Annual Dia de los Muertos show. I have always been an artist since I was very young, my mom tells me a story of an amazing Wonder Woman drawing I proudly brought to school for show and tell. I am also part of a twinset, and would often draw and paint as my twin Amy read about Albert Einstien and his Theory of Relativity. I continued to draw and take as many art classes as I could and was lucky enough to attend St. Agnes Academy a private college prepatory school in Houston, TX. I was very lucky to have a wonderful teacher, Laura Costa who made sure that the art classes the school offered would prepare me for college as much as any science or math class would. In addition, art and design run in my family, and I definitely benefit from having an interior designer/ art teacher mother and architect father.

I studied  graphic design and painting at Stephen F. Austin State University in Nacogdoches, TX. I knew I wanted to do both design and fine art and took as many classes in each discipline as I  could. I had the opportunity to work with a diverse group of proffessors while in the art program at SFA. This experience enabled me the ability to think and create in a diverse way and to not feel trapped into a “house style”. I graduated in 1994 and moved back to Houston, TX.

After graduating I began working as a graphic design, but her big break in design came when I worked as a web producer for Art Squad at Shell Services International. I learned on the job how to build websites, mainly intranet sites for various internal groups within Shell. I also had the unique experience of working for an online bank, Compubank during the crazy time known as “dot com” era, where I learned a lot about getting things done quickly and seeing how a message is received with immediate response. After Compubank, I joined the creative team at Acumen as a print and web designer. I worked at Acumen for 6 years, working with clients such as; St. Lukes Charities, Avalla, Randall Davis, City of Houst, Leadership Houston and AmREIT. After Acumen, I decided make a move and began work at mplus group, a marketing and design firm in Houston. At mplus I have had the opportunity to work with clients such as; BP America, Shell, Solvay, SureTec, Batsche Design, and UTMB Eye Center.

In additon, I have always done freelance design. Some of my clients include: Jenni’s Noodle House, Ray Phillips, Avis Frank Gallery, Wendy Niziol, Arcieri Confections, One Bite Kitchen, Mellow Mushroom and Fresh Foods Catering. In 2012, I was commissioned to work on a project for Mellow Mushroom. I created a set of 7 giant scale “baseball cards” which are on permenant display at the Mellow Mushroom Spring-Klein location.

Fine Art:
In 2009, Carlos Hernandez and I created the art collective known as Sketchy Neighbors. This group enabled a group of artists working in various art related and design professions to come together and challenge themselves and each other with off the wall art projects. Each year the group puts on at least 2-3 shows and continues to show work today. I have participated for the last five years in Rockin’ Rollin’ Prints, a giant woodblock print event where 3’x 4′ and 3’x5′ woodblocks are printed by steamroller. My work has and continues to be shown at East End Studio Gallery in Houston, TX.

You can toggle right click protection within Theme Options and customize this message as well.

You can also add shortcodes here.